Micho Radovnikovich, Lead Algorithm Developer at Dataspeed, was recently published in Autonomous Vehicle International Magazine. His article, “Design Challenge” discusses considerations for low-level controllers in autonomous systems. You can read the article below or in the AVI April 2019 Issue. 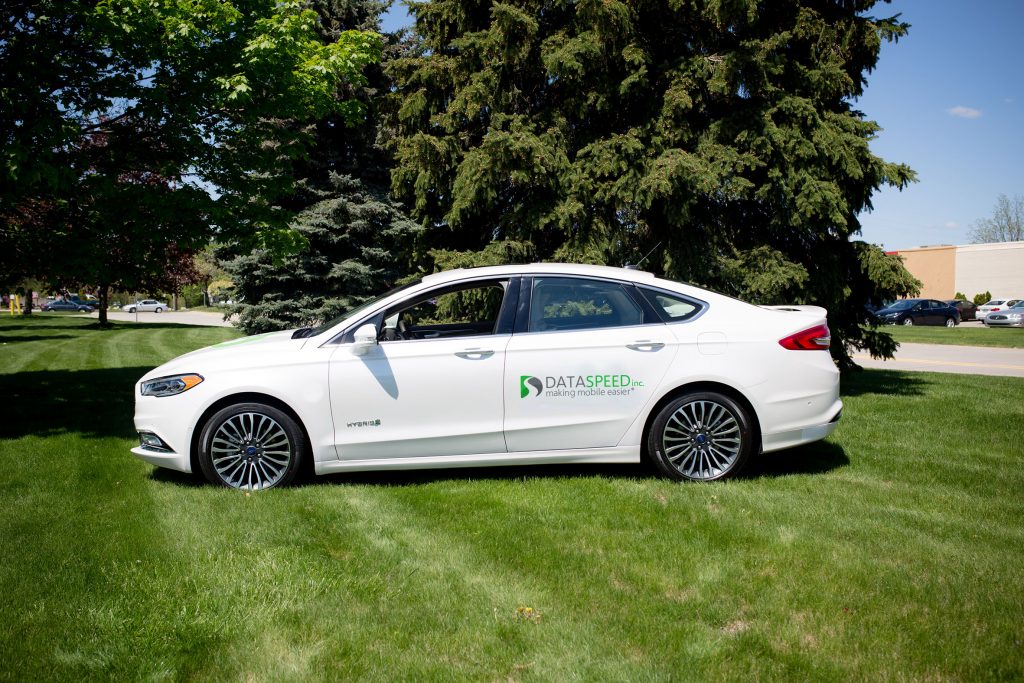 While developing a full autonomous driving software stack, most of the effort is appropriately focused on the cutting-edge sensing and perception systems to accurately assess driving scenarios and decide on a safe trajectory to avoid hazards. However, once a safe trajectory is created, the next challenge is to accurately follow the trajectory by actuating a drive-by-wire system. To do this robustly, the trajectory following system must be designed to handle the effects of vehicle dynamics, external disturbances, and the limitations of the drive-by-wire actuators.

A good lateral controller must account for the limitations of the drive-by-wire steering system. The most significant of these limitations is often the delay and first-order dynamics of the actuator. To be able to follow a trajectory with minimal transient tracking error, the lateral controller needs to employ some feedforward or predictive mechanisms to send steering commands in anticipation of the delay. Additionally, integral-based controllers tend to oscillate in the presence of actuator delay, further discouraging the sole use of reactionary controllers like PID. Techniques such as Model Predictive Control (MPC) are well-suited for this task, as it doesn’t introduce any integral action in the control loop, and the derivation of a future control input sequence can be relatively easily formulated to account for delay in the actuation. 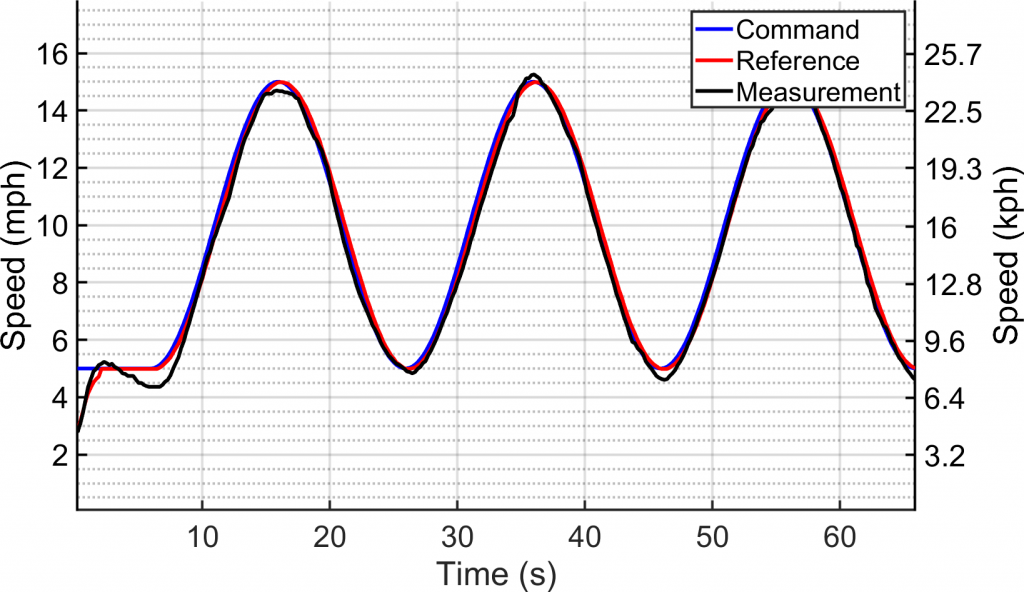 To accurately track speed and acceleration trajectories, the longitudinal controller must adapt to system dynamics changes while also accounting for limitations in the drive-by-wire actuators. The system dynamics are typically affected by unknown variations in vehicle mass caused by extra passengers and equipment, as well as changes in road incline and the introduction of significant aerodynamic drag at higher speeds. Meanwhile, throttle control ECUs sometimes have significant delays between the throttle signal and the output power, which can adversely affect the robustness and stability of the throttle control. Finally, feedforward action in the longitudinal controller is very important to track a smooth speed trajectory with minimal latency. Model Reference Adaptive Control (MRAC) lends itself well to this task. Its adaptation mechanisms can handle the time-varying system dynamics, and it has an anticipatory feedforward term in its control law. However, the actuator delay can cause the adaptation mechanisms to over-react and become unstable. Therefore, careful management of the adaptive gains must be performed to maintain robust performance.

Dataspeed’s ADAS Kit firmware contains low level lateral and longitudinal controllers that account for the considerations discussed here. These systems allow customers to have smooth, stable control at their disposal very soon after integrating their software.  Additionally, the interface and dynamics of the controllers have been designed to yield equivalent performance across Dataspeed’s supported platforms, meaning that engineers can develop on multiple types of platforms and expect the same response from the vehicle. Current vehicle platforms supported by the ADAS Kit include the Ford F150, Lincoln MKZ, Ford Fusion/Mondeo, Chrysler Pacifica, Jeep Grand Cherokee, Ford Transit Connect, and the Lincoln Nautilus.