Posted by Vanessa Campbell on August 28, 2017 under News 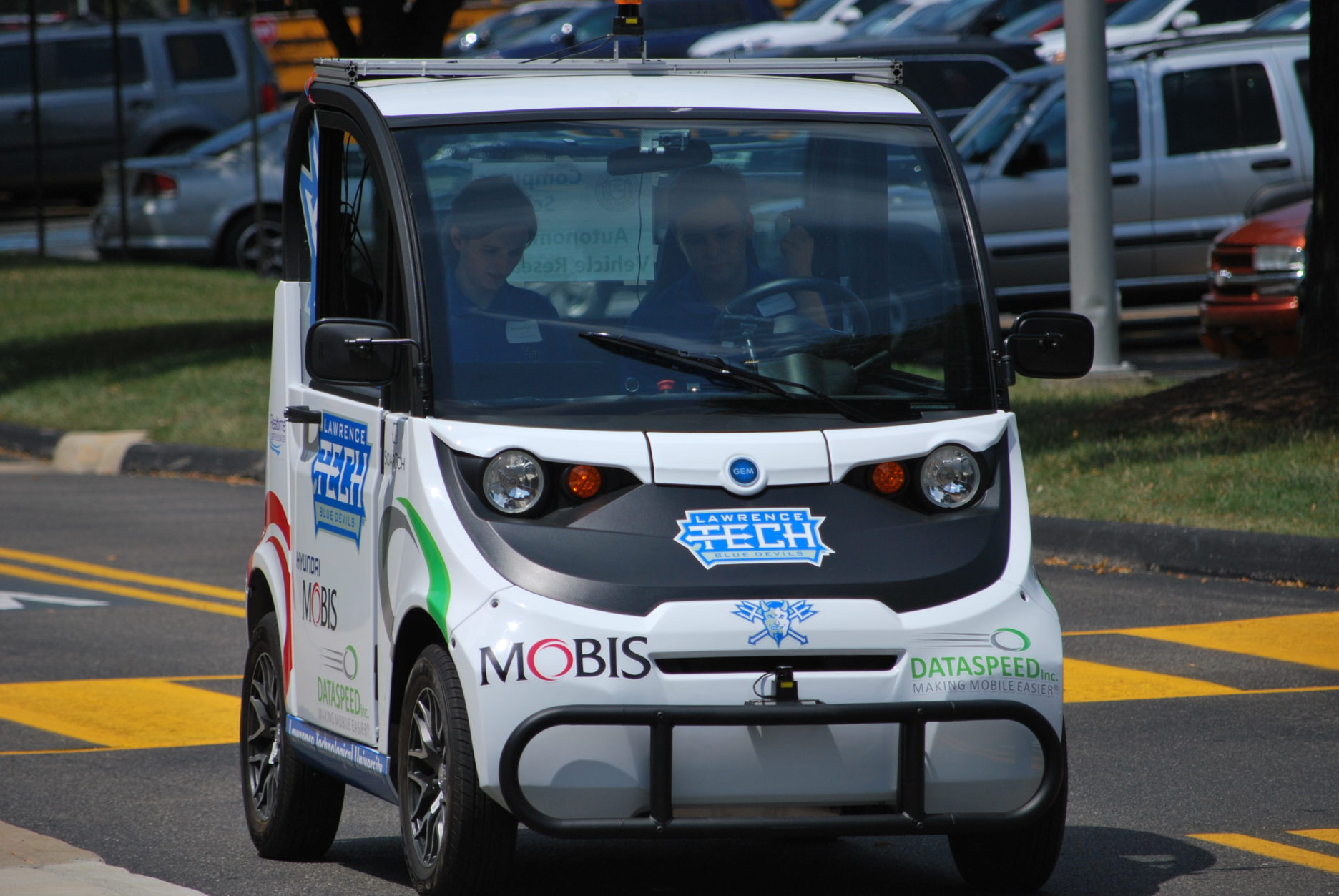 Lawrence Technological University has begun the research and development of an autonomous campus taxi thanks to donations from several corporate partners.

Hyundai MOBIS, the parts and service division of the Korean automaker, donated $15,000 for the purchase of a Polaris GEM e2 two-seat electric vehicle. Dataspeed Inc., a Rochester Hills engineering firm specializing in mobile robotics and autonomous vehicle technology, converted the vehicle to an autonomous drive-by-wire system.

Hyundai MOBIS formally turned the keys of the vehicle over to LTU Provost Maria Vaz and C.J. Chung, professor of computer science, in a ceremony on the LTU campus last week. Vaz thanked the sponsors for providing a great learning and research opportunity. David Agnew, director of advanced engineering at MOBIS, made the presentation.

After winning at IGVC, team members began reprogramming the vehicle to serve as an autonomous taxi on the LTU campus. It’s been rechristened ACT, an acronym for Autonomous Campus Transport/Taxi, in a naming contest won by Nick Paul, one of the team members. Chung said the university is planning to introduce Level 3 autonomy with the vehicle – allowing both hands and eyes off the road – by August 2018.

A video of the car in competition at the IGVC is available at https://www.youtube.com/watch?v=kSzxPp66vxk&feature=youtu.be.