Posted by Heidi Bodell on September 24, 2019 under General 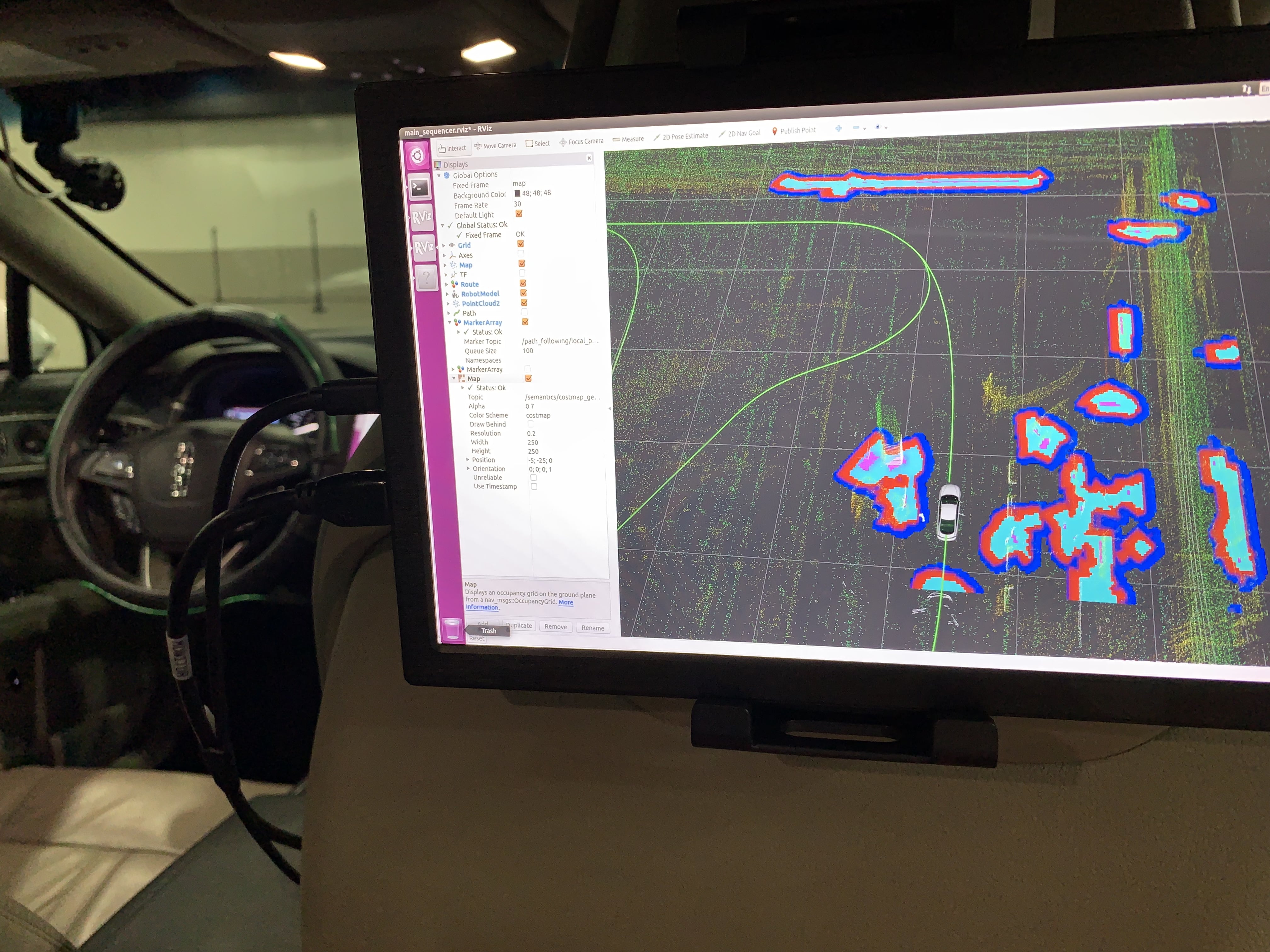 Micho Radovnikovich, Lead Algorithm Developer at Dataspeed, recently had a article published in Autonomous Vehicle International Magazine. “Tech on Show” discusses how Dataspeed engineers utilize LIDAR and RTK GPS technology for path planning and object avoidance at driverless vehicle industry and public events. You can read the article below or in the AVI September 2019 Issue.

Dataspeed Inc., based in Rochester Hills, Michigan is a leading company in the development of autonomous test vehicles. The company offers a line of products that augment existing production vehicles with drive-by-wire systems, and the company outfits the vehicles with custom sensor setups for customers as a service. To demonstrate the capability of their products and services, Dataspeed developed a simple autonomy software stack that builds upon their drive-by-wire system and sensor integration setups.

This software stack is deployed into an autonomy demo that Dataspeed takes to technical conferences, potential customer locations, and public outreach events. Over 2,000 people have experienced the Dataspeed autonomy demo in 2019 so far, including industry professionals as well as the general public getting their first exposure to self-driving car technology. 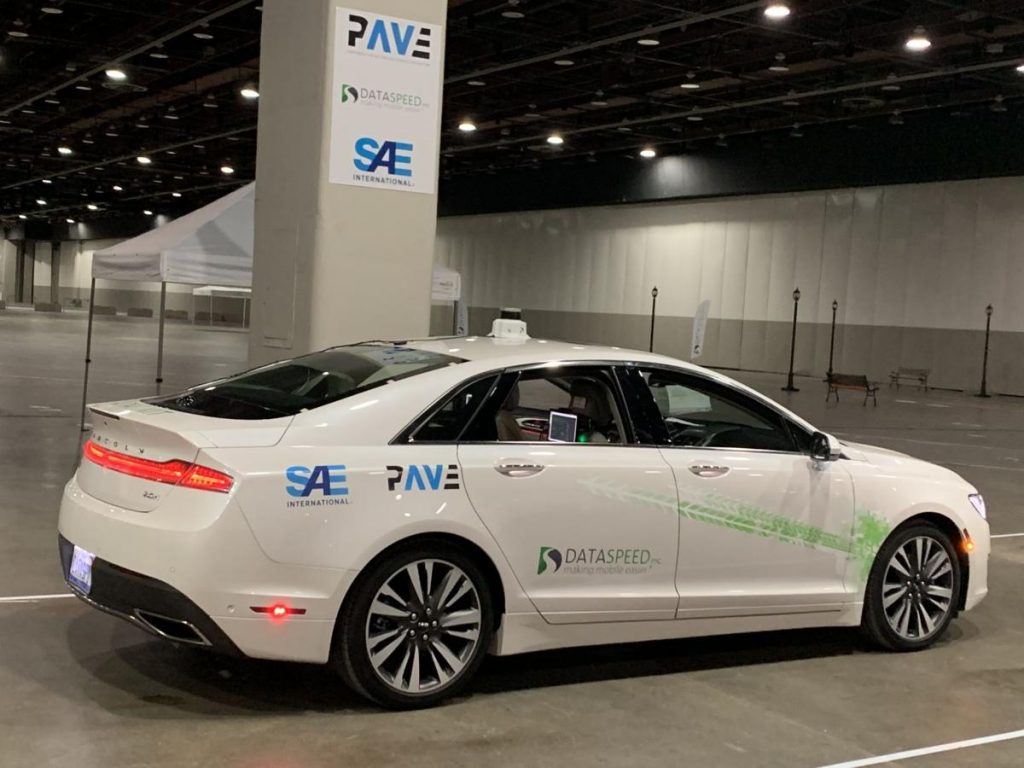 During the demo ride, a Dataspeed engineer acting as a safety driver sits in the driver’s seat and explains what is happening and points out key features of the technology while the car drives itself along a pre-programmed route. At the same time, another Dataspeed employee manually drives a small electric vehicle that is used as a traffic vehicle. At certain points along the route, the demo car encounters this traffic vehicle as it drives across the route or as it is stopped and obstructing the route. In these scenarios, the demo car automatically detects the traffic vehicle and applies an appropriate amount of braking force to avoid colliding with it.

In addition to the fully automated route following and collision avoidance part of the demo ride, the participants also get a chance to steer the car manually using a video game racing wheel from the back seat. During these teleoperation segments of the ride, the safety driver disables the autonomy system and controls the brake and throttle manually while the demo participant controls the steering with the game controller. The safety driver then re-engages the autonomy system, which immediately resumes control from wherever the demo car happens to be along its route. The purpose of the teleoperation portion of the demo is to provide a more engaging experience for the demo participants.

In order to follow the pre-recorded route accurately and repeatably, the demo car requires a robust localization estimate.  When operating in an indoor venue or an outdoor venue with many static objects, Dataspeed uses LIDAR mapping techniques to provide this localization estimate. In outdoor venues with plenty of open sky, a real-time kinematic (RTK) GPS system is used instead. Both localization methodologies are accurate to within 5cm, which satisfies the requirements for the route following system.

A forward-facing LIDAR sensor is used to detect and avoid colliding with the traffic vehicle. The raw point cloud from the sensor is first segmented to separate objects from the ground. The positions of any objects detected in the point cloud are then analyzed to determine if the intended route of the demo car is obstructed. If there is an obstruction, the distance to the obstruction is measured, and the system computes an appropriate amount of deceleration that is required to stop in time.  After the traffic vehicle leaves the route, either by driving past in front of the demo vehicle or by moving out of the way after the demo vehicle has come to a complete stop, the demo system resumes normal route following operation.

Currently, the systems behind Dataspeed’s autonomy demo are not designed to operate on public roads. Going forward though, Dataspeed is in the process of further developing their autonomy capability and plans on offering limited autonomous functionality as part of its engineering services to further support their customers’ development efforts.