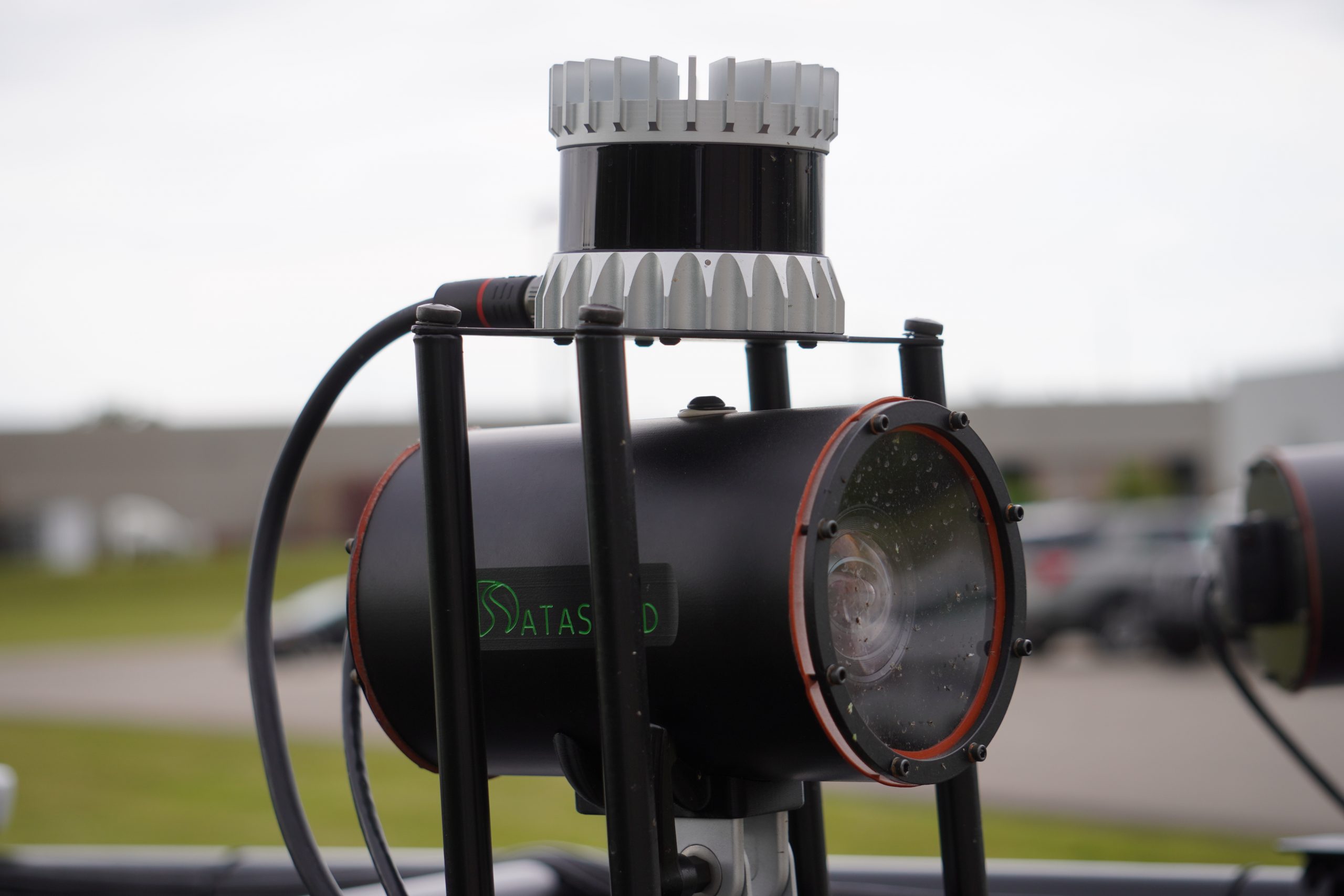 Dataspeed Kinetic Kits have arrived to save teams time and effort in their autonomous vehicle integration process. They integrate top-of-the-line autonomous vehicle sensors, such as Ouster’s digital lidar, to streamline the AV hardware and software selection process. With these kits, teams can now focus their efforts on research and testing instead of calibration and troubleshooting. Every component was hand-selected by the experienced Dataspeed engineering team based on extensive industry knowledge and experience. Kinetic Kits are available in three packages:

The Kinetic Intermediate Kit includes the basic sensor suite and adds on basic detection and automatic braking capabilities. This kit includes a retrofit of production vehicles with a sensor suite, also including an Ouster OS1-32, to successfully record and playback a manually driven route or to follow waypoint inputs. Additionally, it has the capability to detect and stop for objects. It’s ideal for teams looking to test within predetermined areas or for performing technology demonstrations.

The Kinetic Advanced Kit features two OS1-32s and one OS1-64. This kit provides out-of-the-box automated highway driving functionality including Lane Keeping Assist, Adaptive Cruise Control, and Automated Lane Change. This package is utilized with a full suite of sensors to allow engineering teams to build upon their autonomous research and testing.

What is an Ouster digital lidar?

Ouster’s digital lidar sensors provide high-resolution 3D spatial imaging that enables computers to better perceive the physical world. Ouster’s sensors are a critical component for autonomous systems in automotive, industrial, and robotic systems. We chose these sensors to power the spatial intelligence of our Kinetic package because of their simple design, rugged reliability, and high performance.

Range is typically one of the most critical metrics for evaluating the performance of lidar sensors. Historically, the majority of lidar sensors used for object detection and mapping have been single channel 2D sensors. As a result, range has evolved to describe the maximum distance at which a lidar sensor can return a single point from a single channel, or 2D plane. While this range metric can help customers understand the maximum range at which a sensor can return points, it falls short when high resolution 3D lidar is needed for perception and localization.

One of the main advantages to using 3D lidar versus single channel 2D, is the ability to not only detect, but also classify the object that is being detected. In situations like this, range information must be combined with resolution to accurately assess the sensors’ real-world performance. Since perception systems need to be able to accurately identify the objects they are detecting, the range at which you can receive enough points from an object to classify the object, is more important than the max range of a single point, from a single channel. This is what we refer to as effective range.

In the example below, effective range is the distance at which a sensor can reliably detect a pedestrian. While the ability to detect a pedestrian can vary some based on the algorithm being used, a simple rule can standardize the metric. Based on feedback from our software partners, Ouster defines reliable detection as being able to place four horizontal lines of points on a 6 ft (1.8 m) tall pedestrian. For some flash sensors, the effective range will be limited by the range of their lasers, but for many high-resolution sensors, all analog and digital spinning sensors, effective range will be limited by resolution instead of range. 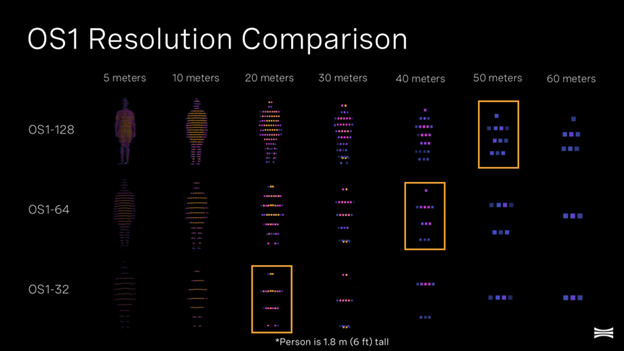 When deciding which Dataspeed Kinetic Kit is right for your application, effective range is critical. While the basic kit might fit most applications, if you require object detection at higher speeds, the greater effective range provided by the high-resolution advanced kit may be the better fit. You can also speak with a Dataspeed representative to discuss a custom package to upgrade the Ouster lidars in the basic and intermediate kits to a higher resolution model.

A partnership to advance the industry

Dataspeed and Ouster are very excited to partner and bring these kits to the market. We can’t wait to see what the industry is able to accomplish by leveraging this new technology. Request a quote for a Dataspeed Kinetic Kit today! 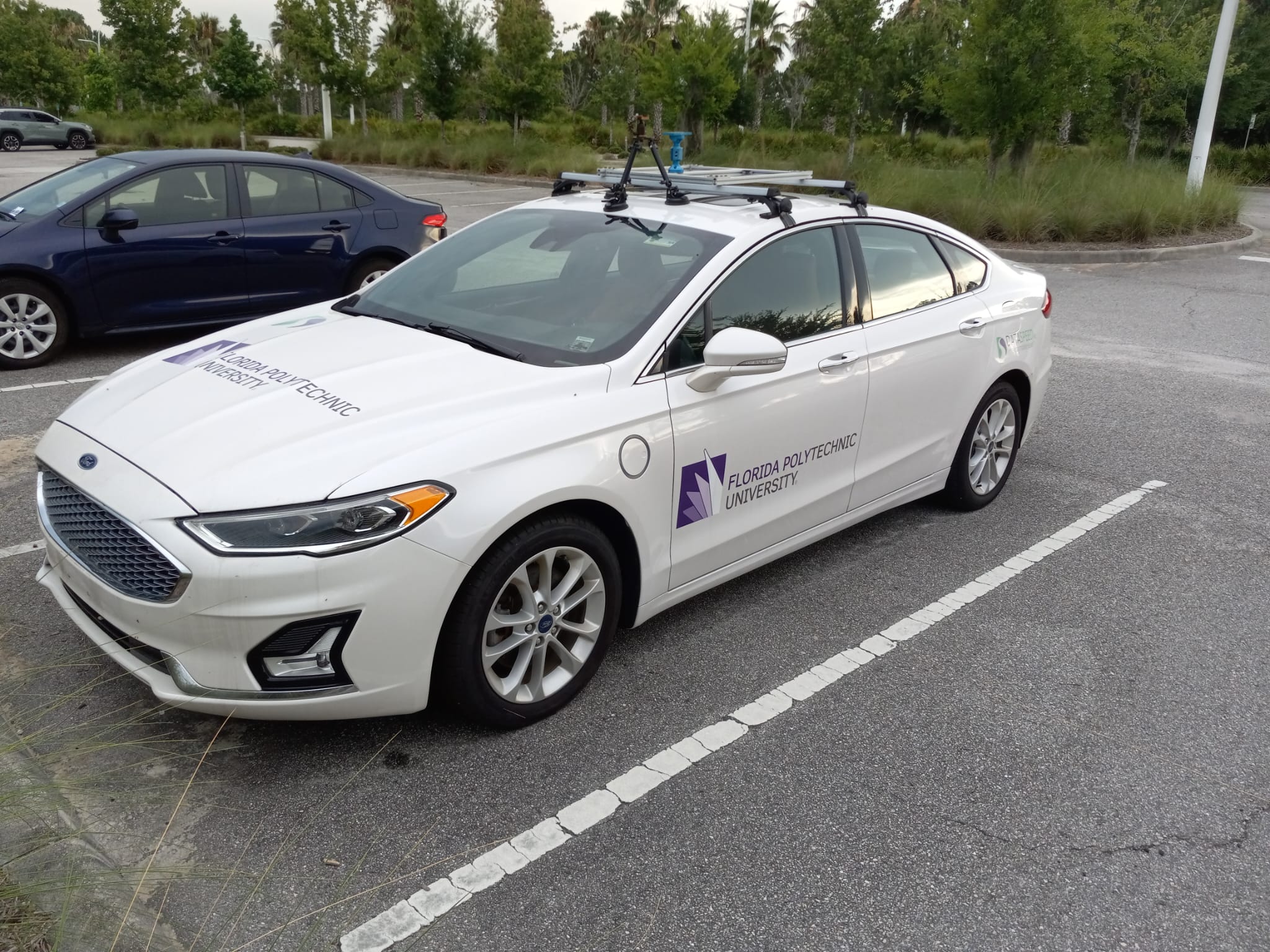 Florida Polytechnic University’s Advanced Mobility Institute has been conducting autonomous research and development with a Dataspeed drive-by-wire equipped Ford Fusion. This project was funded by 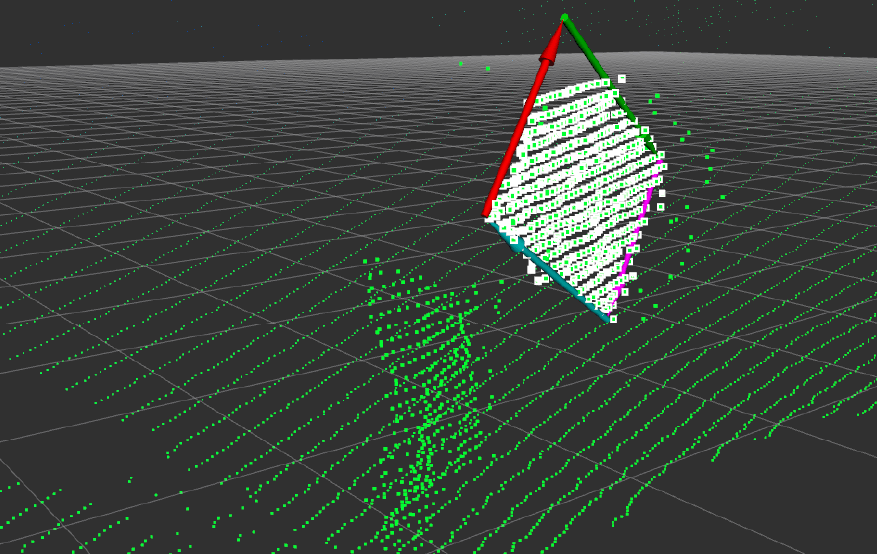 Dataspeed’s Sensor Calibration Tool provides a set of functionality that can be used to set up and calibrate a suite of lidars and cameras. This 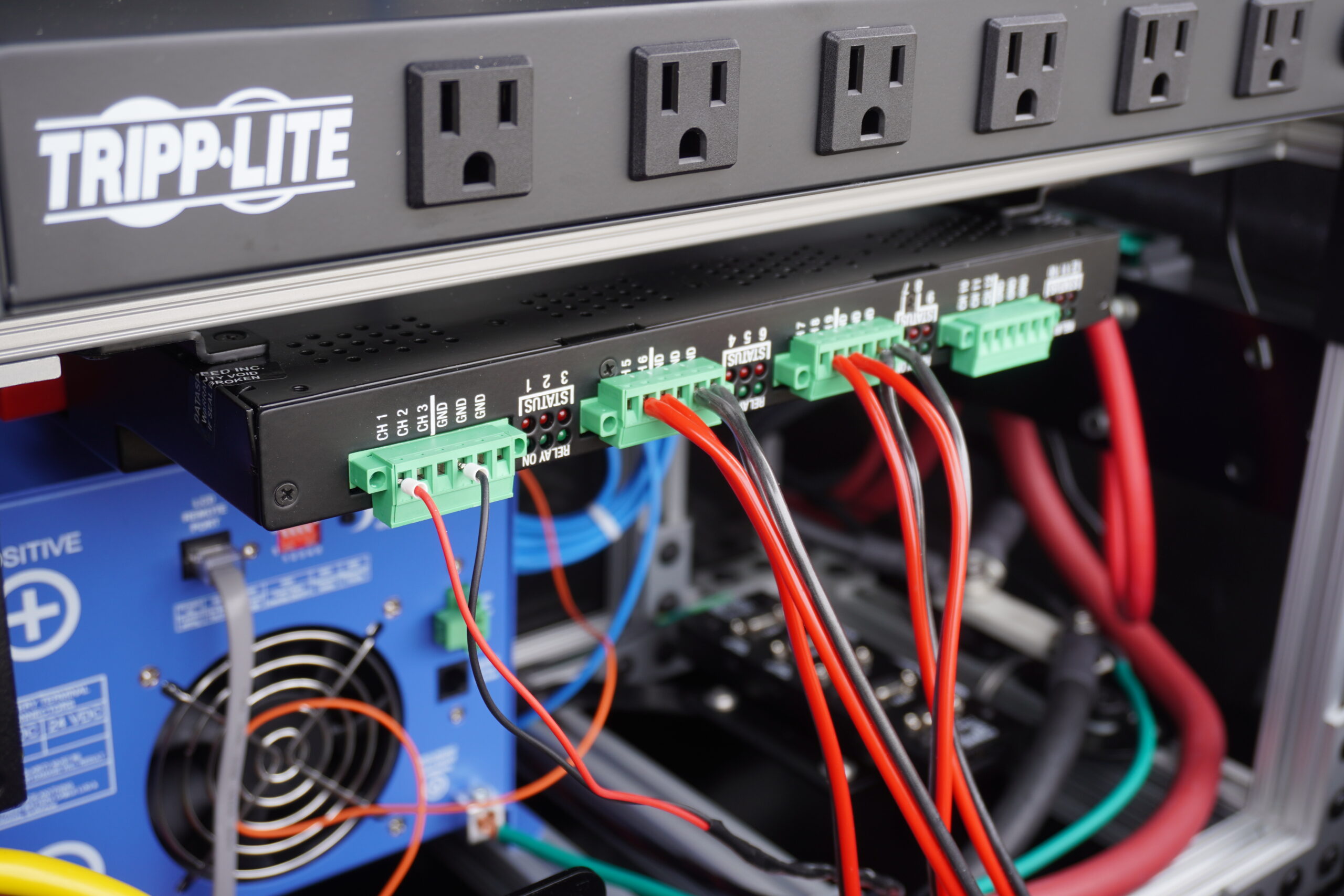 Everything You Need to Know About Dataspeed’s iPDS

This website uses cookies to improve your experience while you navigate through the website. Out of these cookies, the cookies that are categorized as necessary are stored on your browser as they are essential for the working of basic functionalities of the website. We also use third-party cookies that help us analyze and understand how you use this website. These cookies will be stored in your browser only with your consent. You also have the option to opt-out of these cookies. But opting out of some of these cookies may have an effect on your browsing experience.
Necessary Always Enabled
Necessary cookies are absolutely essential for the website to function properly. This category only includes cookies that ensures basic functionalities and security features of the website. These cookies do not store any personal information.
Non-necessary
Any cookies that may not be particularly necessary for the website to function and is used specifically to collect user personal data via analytics, ads, other embedded contents are termed as non-necessary cookies. It is mandatory to procure user consent prior to running these cookies on your website.
SAVE & ACCEPT
Language »
Free Magnetic Mount Details